RailsBridge is seeking new and experienced organizers to join the Chapter Outreach Team!

One of the RailsBridge board’s major goals for 2016 is to better support existing RailsBridge chapters and make it easier to start a new chapter. Our documentation for running an individual workshop is extensive, but we currently don’t have much written down for setting up chapter leadership, coordinating ongoing fundraising, and managing the workload of recurring workshops.

We’re looking to start a team to streamline chapter outreach and communication and create a kit for new chapters. This kit will provide new chapter organizers information and advice collected from RailsBridge chapters about topics like working with the RailsBridge finance team and using the Board and the larger RailsBridge community as a resource. Anyone who has organized a workshop before (even just one!) would be a great member of this team.

Read through the volunteer openings with have here: http://bit.ly/railsbridge-volunteer-descriptions-2015

If you love words, RailsBridge, and the Internet, please get in touch — RailsBridge is looking for volunteers to form a communications team!

We’ve had tremendous success in the last six years growing primarily through word of mouth (and about three tweets per month), but we’d like be more intentional about how we share our accomplishments and goals with the world. That’s where you come in!

You will be the voice of an organization doing work that you care about, seeing and sharing the fruits of our collective efforts.

There are many different communications avenues that the team can focus on, such as social media, blogging, press releases, or even a RailsBridge podcast! The communications team will help the board figure out which channels of communication would be most exciting for the team and most helpful for RailsBridge.

Is your life better because of RailsBridge? Do you want to enable diverse communities to experience the excitement of writing their first Ruby program?

The RailsBridge board is planning a fundraising campaign to support expansion in 2016, and we’re looking for volunteers to work with us on planning and executing this campaign!

In 2016, we’re hoping to expand RailsBridge to new cities and new marginalized groups we haven’t partnered with before. We want to dedicate money to those efforts, so workshop organizers can focus on students and volunteers, rather than worry about who’s going to pay for the Installfest pizza.

Read through the descriptions of the different volunteer positions we’re filling: http://bit.ly/railsbridge-volunteer-descriptions-2015, and please consider applying for one of them!

RailsBridge is thrilled to announce that Ana Castro and Bianca Rodrigues have joined our board! They started in June 2015, and have been making excellent contributions already.

Both Ana and Bianca bring a wealth of experience as RailsBridge chapter organizers, and Lillie, Rachel, and Sarah are all extremely excited to have their voices and ideas to help guide the organization.

Please join us in welcoming Ana and Bianca to the board! 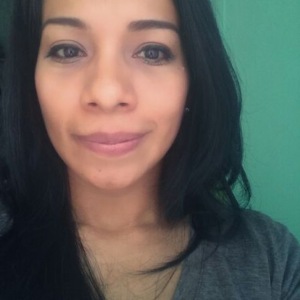 Ana Castro is a software engineer at MagmaLabs focused on front-end development and is passionate about best practices and performance. She loves CSS, Vim, Ruby and JavaScript. She has been running the chapter in Colima since the first workshop in Mexico took place two years ago, and also led the translation of the RailsBridge curriculum into Spanish. The best reward for her is the smile of the attendees when learning Rails. She’s also director of Women Who Code Colima.

When not writing code she’s practicing sports like swimming or cycling. Ana enjoys cooking, outdoor activities, and taking long walks with her dogs. Find her on Twitter as @anymoto.

Bianca Rodrigues has been involved with 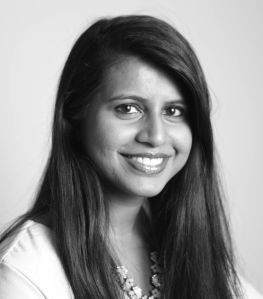 RailsBridge since the first New York City workshop
in 2013. After her incredible experience (and as the proud owner of her very first Rails app), she was hooked. Bianca started organizing events later that year and is an active member of the organizing team in New York. She currently works at Accenture Interactive where she works on digital marketing projects for various clients.

Bianca’s favorite season is summer and her favorite drink is a mojito. You can find her on Twitter as @biancarods.

An excited welcome to Ana & Bianca!

The RailsBridge board has two open seats! We’re looking for experienced RailsBridge volunteers outside of the SF Bay Area to join the board for a two-year term. If you’re interested in joining or want to nominate someone, send us an email at board@railsbridge.org.

We’ve also written a the RailsBridge board charter and published it on our board repo. It’s pretty short, and it covers things like the responsibilities of the board & board members, board communications, and procedures for filling board vacancies.

If you’re considering nominating yourself or someone else to the board, here are the responsibilities of RailsBridge board members:

And here are the guidelines for board candidates:

We hope to have the two vacancies filled by the end of April, so send us your nominations!

We’d also love to hear any feedback, questions, or suggestions you have about the board charter — you can get in touch at board@railsbridge.org or open an issue on the board’s GitHub repo.

Here in the Bay Area, we’ve held a RailsBridge workshop nearly every month for the past four years. But demand hasn’t subsided — in fact, every workshop we do still fills up weeks ahead of time. Behind the scenes, the consistent production of 30-100 person events is a lot of work.

We owe this incredible streak to the efforts of our RailsBridge SF organizers and meta-organizers. But our current leadership structure is burning out our best people, so we’re trying something different. We’ve split the role we previously called “meta-organizer” into three roles.

Ruchika schedules and supports workshops happening in San Francisco. She manages the SF calendar, ensuring that workshops are happening at a good pace — one or two each month. She also recruits workshop organizers and new leaders to our community, by attending workshops and other events, and champions the work of the current volunteer base. As the leader of the SF chapter, Ruchika works to make sure that volunteers aren’t burning out, and is able to step into roles temporarily if needed. 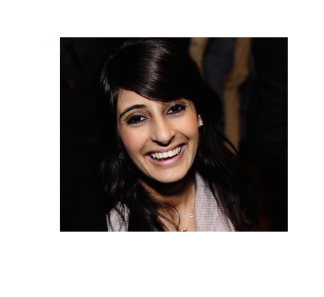 Ruchika, from rainy Manchester, UK, moved to the USA eight years ago. After a few years in NYC she opted for sunny California and has co-founded multiple products with Ruby On Rails, latest being omni channel SaaS SKU IQ. Her first stop in SF was a Railsbridge workshop.

Celeste is the one to talk to if your company would like to host a RailsBridge event! She maintains our good relationships with the companies that host our events, and works with new venue partners. She writes a lot of email, checks out new venues, communicates RailsBridge’s expectations and requirements, and follows up after events to hear how it went. Then she cycles that input back to the leadership team to consider when planning future events. 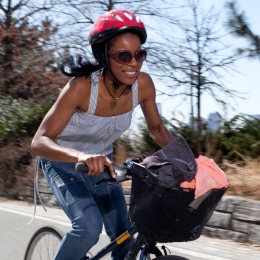 Celeste is originally from the island of Trinidad and Tobago. She moved to the Bay Area approximately two years ago, after growing up in New York City, to combine her background in architecture and urban planning with tech. She found a welcoming community in RailsBridge. She currently works as an active transportation planner in SoMa.

Anna recruits and supports organizers for individual workshops. Many people don’t think they can organize events, so much of her job is explaining how much fun organizing is when you have a team of co-organizers. 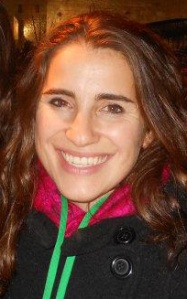 She identifies serial participants who should be recruited as volunteers, and works with the RailsBridge board and SF leadership team to recruit organizer mentors and match them with new workshop organizers. She also follows up with the organizers after their workshops to thank them and identify improvements we can make in the planning process.

Anna is a Bay Area native who opted out of med school to enter the exciting world of web development. She loves being outdoors, traveling, and handcrafted coffee. RailsBridge SF was her first real introduction to web development.

Over the last five years, RailsBridge has done hundreds of workshops in dozens of cities around the world. We were one of the first organizations tackling the problem of technology diversity, and our workshops have reached thousands of people and made a measurable impact on the diversity of the Ruby and Rails communities.

None of that could have happened without leadership. Yet during this time, we called ourselves a “flat” or “leaderless” organization. And the organization has changed. At that first workshop in 2009, we were just Sarah Mei and Sarah Allen. These days RailsBridge makes a larger impact than ever, thanks to hundreds of volunteer teachers, TAs, developers, and organizers.

As we’ve grown, we’ve started to feel rather keenly the downsides of a “leaderless” organization. The term itself was a disservice to the informal leaders we did have, and since we didn’t have named roles or teams, it was difficult for new volunteers to figure out how to get involved.

Iterate all the things

So in the spirit of iteration, we’re trying something new. We’ve convened a board of directors with a mandate to create just enough structure to help RailsBridge thrive. We can grow more quickly and efficiently, reduce volunteer burnout, and make a bigger impact on the world if we have explicit, navigable power structures that are accountable to the larger RailsBridge community.

We’ve appointed an interim board — Lillie Chilen, Sarah Mei, and Rachel Myers — who, over the next six months, will build a permanent board that better represents the diversity of RailsBridge geography.

Their specific goals are as follows:

We have have big plans for what comes after that, but we’ll save that for a future post!

Who are these people? 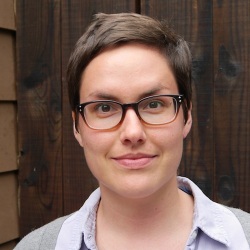 Lillie Chilen is the chair of the interim board, and has been running various parts of RailsBridge since 2012. She led the effort to take Bridge Troll from the idea of a workshop management app into functional (and awesome) software, rewrote the Organizing Cookbook from a single timeline into a wiki’s worth of advice, worked as SF meta-organizer for about a year, and has led various other RailsBridge projects. She is a software engineer at Omada Health, and credits the RailsBridge community for turning her vague interest in programming into an actual career. 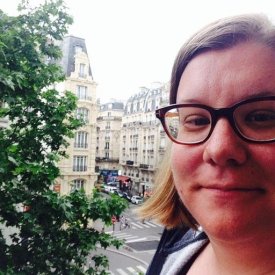 Sarah founded RailsBridge in 2009 with Sarah Allen, and after a few years away from day-to-day involvement in RailsBridge, is excited to be back to support the wonderful work RailsBridge volunteers around the world have been doing. She does software consulting with DevMynd Software, and spends most of her time on the floor at client companies, pairing with developers, helping level up their teams. She’s also a director of Ruby Central and is writing a book! 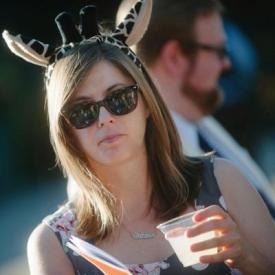 Rachel Myers has been running RailsBridge things since 2010, after attending the second RailsBridge workshop and later becoming the very first San Francisco meta-organizer. She’s a frequent conference speaker and RailsBridge evangelist. Rachel is an engineer at GitHub, where she writes Ruby and JavaScript. In her spare time, she loves drinking Scotch, and playing with Legos and taking her cat on walks.

We’re delighted to report that Sarah Allen, co-founder of RailsBridge with Sarah Mei, is still heavily involved with the organization. Leadership-wise, though, she’s leading the charge over at Bridge Foundry, a non-profit organization we created when we realized that all the things we knew about how to increase diversity were too good to keep just within the Ruby community. Currently, in addition to RailsBridge, Bridge Foundry is working with ClojureBridge and MobileBridge. Check out their awesome work at bridgefoundry.org.